We are proud to announce that we have reached a big milestone!
Our beta scanner has now been scaled down to a size which is approximate to the scale we originally intended. In the photo below you can see the two versions side-by-side; the prototype scanner, and the new much smaller scanner. 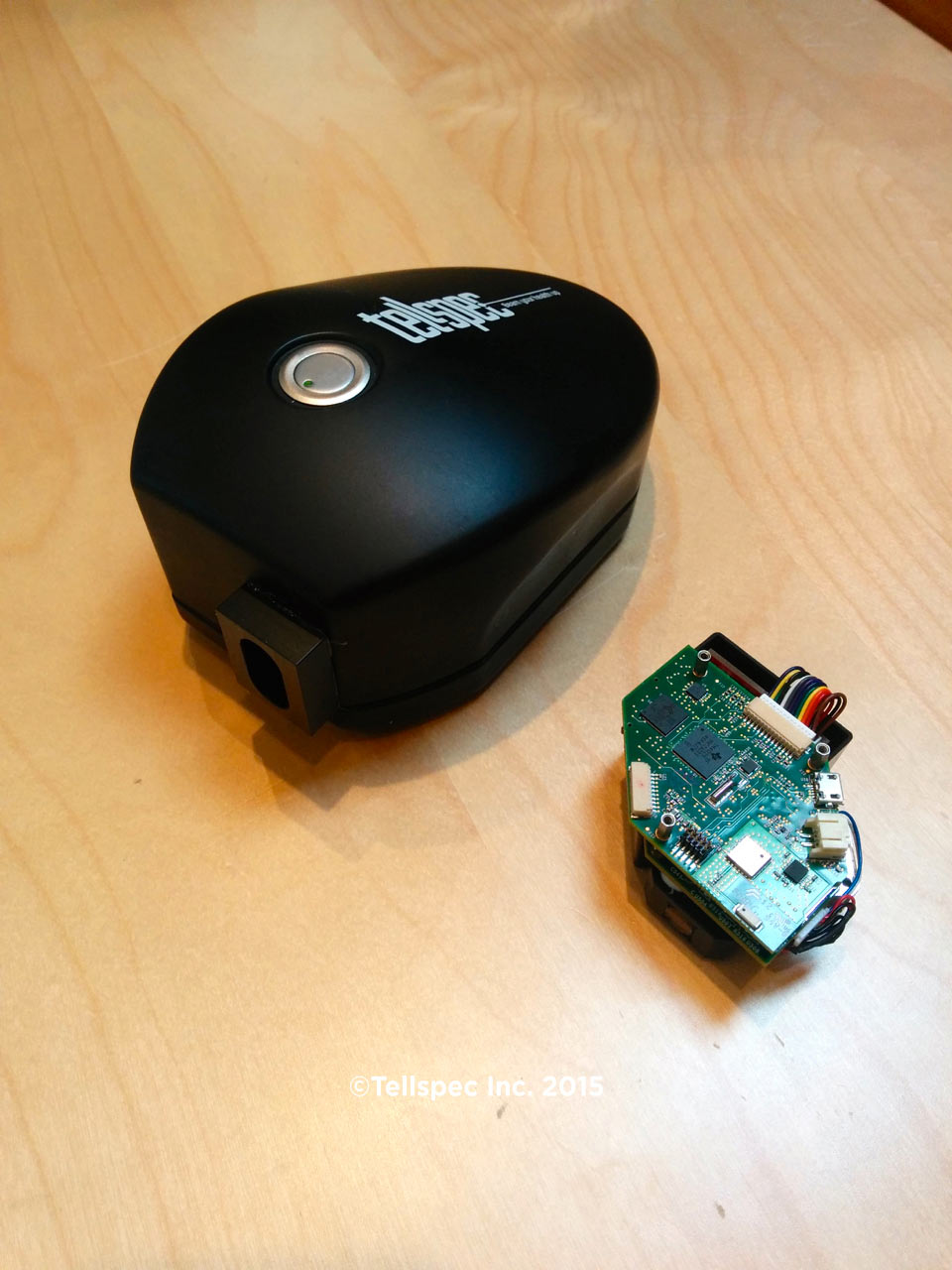 As seen above, the new scanner module is less than half the size of the beta prototype device and is therefore much more portable. We are very excited about the fact that we have a much smaller device without compromising its wavelength, range, or accuracy.
We have engaged our industrial designers so that we can get the casing ready for this new device. We have considered several options, and the past few days we have been brainstorming over how best to enclose the new scanner so that it is comfortable for both right handed and left handed people.

All of these developments are amazing and we wanted to share them with you.
Over the past weeks we meet with several beta testers and developers to get their feedback about our apps. Specifically, to get feedback on the user interface, on the functionality, and to better understand their needs.
The feedback we have received so far has been phenomenal, and we’re really glad that everyone is so supportive of our cause. Tellspec is an open house to any of our backers who have contributed to our project, and if you would like to visit us please email info@tellspec.com.
All of the contributors that we have met, and our staff, agree that the new smaller sensor will really help spread the use of the product and is the right choice for us to follow – even if it means waiting slightly longer. The new sensor works better, will last longer, and is far more robust than the initial prototype versions.

As a final point – in our last update we mentioned the launch of Tellspecopedia iOS App for March. We’ve include a video below to update you on our progress in preparing it for launch. The iOS app version is close to being ready and will be delivered to all contributers. More on this soon.

Thank you again for your support!

Updates on Software, Hardware and App