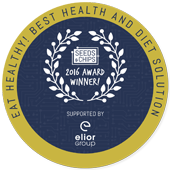 Tellspec scanner in Spain: one of Tellspec’s Indiegogo contributors, Dr....
Scroll to top